Oregon employers would do well to look to their neighbors to the north in anticipation of potential legislation regarding paid family and medical leave. There are strong indications out of Salem that such legislation will be introduced during this session, and it is expected to closely mirror the Paid Family and Medical Leave Act passed in Washington in 2017.

As the Washington legislation begins implementation this year, Clay Creps, a partner at Tonkon Torp and a member of its Labor & Employment Practice Group, said he is finding that many Oregon employers are not adequately
educated about the regulations involved. While some companies have time to gather information about it, those that employ people in Washington – including those who work remotely from Washington – need to get up to speed immediately, he advised. Collection of premiums kicked in for Washington employers on Jan. 1 and reporting begins on April 1.

Creps said he predicts Oregon lawmakers will align with the Washington statute since Oregon employers with Washington employees and vice versa will have some level of compliance to maintain. He also has heard from employers who are concerned about the potential financial and administrative burdens they may experience because of the paid leave implementation.

“With respect to potential paid family and medical leave legislation in Oregon, my sense is there is a bit of apprehension among employers simply because it’s not known precisely what this is going to mean for employers,” he said. “I’m somewhat surprised that we haven’t seen this legislation introduced yet.”

Noting that a bill related to paid family and medical leave was proposed in 2017, Creps said during a mid-February interview that lawmakers may still be working through the shortcomings of that bill as they craft new legislation. The previous version would have created an insurance fund that employers and employees would have contributed to equally to cover the cost of paid leave.

Regardless of how far the legislation advances during this session, Creps advised Oregon employers to start gathering employee wage and hour statistics. Washington employers must report to the state’s Employment Security Department all wages, hours worked, and other information regarding their Washington employees. Employee eligibility for leave under the plan is based, among other things, on hours worked by the employee during the qualifying period, he wrote in an alert posted on Tonkon Torp’s website.

Creps also recommended that employers research employer-run voluntary leave plans. While Washington’s program applies to nearly all of its employers, there are limited exceptions. As an example, small employers do not have to pay the employer portion of the medical leave premium and may qualify for small business assistance. Large employers may be able to opt out of the state plan by operating their own voluntary plan. Employer-run voluntary plans must meet or exceed the law’s requirements and be pre-approved by the state’s Employment Security Department.

Oregon employers should learn from the Washington statute and use the information to analyze reporting, and revisit and refresh existing leave policies and procedures, Creps noted.

“If they have their leave policies in order, I think they’re going to be in pretty good shape if and when this comes down,” he said during the interview. “They should be prepared for whatever financial burden it places on them and get a mechanism in place to deal with that. But that’s sort of like a shot in the dark at this point because we really don’t know.”

EYE ON THE LEGISLATURE 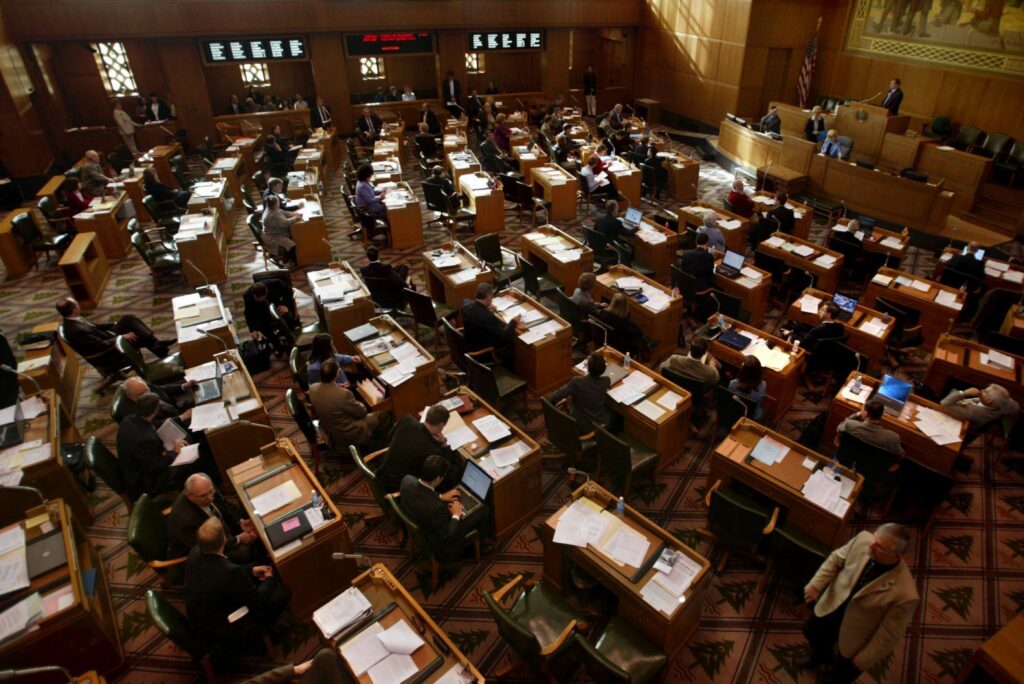 Clay Creps, an attorney with the Portland law firm of Tonkon Torp, says employers would do well to keep an eye on several pieces of potential legislation during the current session of the Oregon Legislature that could impact Oregon companies and their employees:

• Senate Bill 379 would prohibit employers from
requiring employees to refrain from using legalized substances when they are not at work. “Employers can’t fire somebody because they smoked pot, but they can require that they not be impaired at work,” Creps said.

• Senate Bill 726, which Creps calls an “anti-gag order agreement,” would prohibit employers from asking employees to enter into an agreement that would prevent an employee from disclosing or discussing conduct that constitutes unlawful discrimination, including sexual assault.

• Senate Bill 750 would establish a procedure for whistleblowers and aggrieved employees, or a representative organization, to pursue civil penalties for violations of certain laws related to labor and employment.

• House Bill 2818 relates to age discrimination and would clarify that the meaning of “because of age” in employment discrimination law includes criteria such as length of service, higher costs related to benefits, and retirement or pension status, Creps said.