Despite opening Forager Vintage in Beaverton just as Gov. Kate Brown issued a stay-at-home earlier this year, Hazzel Svvegnar has been able to keep her vintage clothing boutique thriving thanks in part to social media.

Hazzel Svvengar has only been a small business owner for approximately nine months.

Still, she’s already learned more than her share of lessons about how to run a retail store during an economic downturn.
Svvengar opened her vintage clothing store, Forager Vintage, in Beaverton in mid-March. At the time, she was already seeing a reduction in the foot traffic past the space’s windows, compared with the days in January and early February when she was getting the Old Main Street space ready to open.

By the time Oregon Gov. Kate Brown issued the stay-at-home order that led most retail businesses in the state to close to help flatten the curve of Covid-19 infections, that foot traffic had dwindled to almost nothing. Svvengar ended up closing her doors with nearly no customer base built up.

“The week I opened was a very dead week,” Svvengar told Opportunity magazine. “People were already worried out about the pandemic even before the shutdown, so the foot traffic was mostly gone. A lot of people were walking around through February, and then it just all stopped. Everyone was just being careful. So, I just closed down and hoped something would happen. But nothing happened.”

For many traditional small business owners, that would have been a death knell. But Svvengar had worked too hard and too long on Forager to give up that easily. Instead, she turned to social media and focused on creating a community of clients, anticipating the day when she would eventually be able to reopen Forager as a brick-and-mortar location. 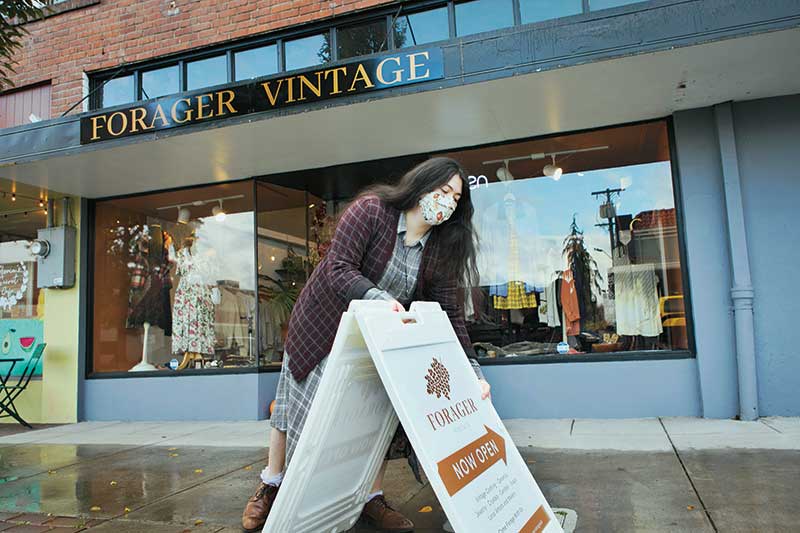 Forager Vintage, owned by Hazzel Svvengar, fills a spot on Southwest Broadway in Beaverton that formerly housed an art gallery.

ALL THE RIGHT STEPS

Kilpatrick At any other time, Forager likely would have quickly developed a dedicated customer following. The location on Southwest Broadway in Beaverton, in a space formerly occupied by an art gallery, is just a short walk from the city’s Restaurant Row.

Large windows provide views into a space that Svvengar’s natural knack for merchandising and design has turned into a comfortable, welcoming space featuring a mix of medium and dark woods. Carefully placed cabinets and tables, all featuring more mellow-aged wood, serve as resting spots for jewelry and accessories, including local artists’ work. Forest-green velvety curtains provide privacy for changing rooms. Branches suspended from the ceiling with rope serve as rods from which high-quality, carefully curated sweaters, dresses and shirts mostly from the 1970s and ‘80s hang.

Those touches that call to mind nature aren’t by accident. Svvengar used them to play off the Forager name, which gives the nod both to the act of finding the vintage clothes that make up the bulk of the store’s inventory and to the concept of sustainability and nature. A desire to promote sustainability was a large part of what led Svvengar to open Forager in the first place.

A graduate of Beaverton High School, Svvengar headed to San Francisco to attend college, intending to work in the fashion industry. However, the more she learned about the business, the less she felt it was the right fit.

“I learned a lot about what the fashion industry is actually like, how wasteful it is, how it just works on the backs of people who already are in poverty. Since I was very focused on sustainability, I was trying to find ways to create without exploiting those problems.”

Svvengar decided to leave school and return to Beaverton to figure out her next steps. She got a job working for a small Portland company that focused on vintage and reused materials. It turned out to be a turning point for her.

“I got to learn a lot about the inner working of a small business as well as all about the manufacturing side. But what really kicked it off was the interest in vintage and reuse. I got really into that, on the side, reselling.”

Svvengar eventually moved to a job in the corporate world, and continued to resell vintage clothing on the side. But she soon found her interest in vintage and reused clothing growing to the point that she wanted to do more with the concept.

“I was just enamored by second-hand reuse and vintage. There’s so much good stuff in the world, and it just ends up going into landfills or getting shipped overseas, and there’s so much stuff that we could easily reuse instead of making more. I really wanted to bring another life to these second-hand things and really show them off to people.”

She decided to look into what it would take to open her small vintage store. She connected with the Small Business Administration’s SCORE program, which pairs entrepreneurs with experienced small business owners who serve as mentors. While still working her job in the corporate world, she wrote a detailed business plan.

With that plan’s help, she determined how much money she would need to open a store. At that point, she decided to go out and find funding. That task turned out to be easier said than done. Svvengar lacked collateral and still had a pile of student loan debt. She finally pieced together enough funding, tapping her line credit and securing a loan from a private funder online. Even though the funder was legitimate, the interest rates were high, but she knew it was her only chance at making a brick-and-mortar store a reality.

She also started calling around to find an available storefront space she could lease. While Svvengar loved the variety of vintage shops in Portland — especially on the east side, she decided instead to open her store in Beaverton.

“I felt like there’s an untapped market out (here). There’s less competition. The rents are cheaper. And it’s kind of my hometown, so I really wanted to bring some of that quirky, fun boutique vibe from Portland out here.” 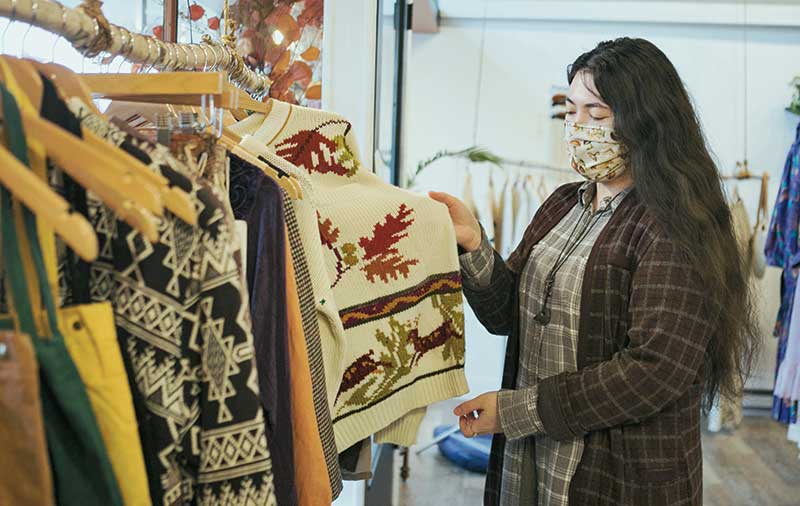 Although Hazzel Svvengar enjoys browing the vintage clothing shops in Portland, she chose to locate Forager in Beaverton, which she sees as an untapped market with affordable retail rents.

Although Hazzel Svvengar enjoys browing the vintage clothing shops in Portland, she chose to locate Forager in Beaverton, which she sees as an untapped market with affordable retail rents.

Two years after she first started looking into opening her vintage store, Svvengar was ready to unveil Forager. She’d spent January and February of this year painting and preparing the leased storefront that was in a prime location. Beaverton’s popular restaurant area was within walking distance, near new and planned apartments popular with 20 and 30 year-olds whom Svvengar had identified as her target market, and close to Beaverton High School.

Then the state’s stay-at-home order went into effect. At first, after temporarily closing her brick-and-mortar, Svvengar lived in a sort of limbo. But then she decided she wasn’t going to give up on her dream.

“A month into it, I stopped moping around at home and tried to get more customers online. I tried to sell things online. No one knew about (Forager) yet, so that was hard.” 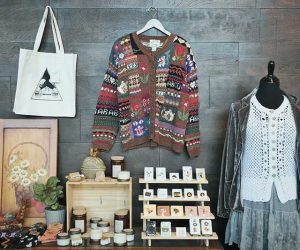 Her target market consists mainly of Millennials and Gen-Zers, so she knew that she needed to focus her marketing efforts. After leaving college, Svvengar had considered digital marketing as a possible career choice. So, she put into practice what she knew about using social media to create and build a community around Forager. She began building relationships, commenting on Instagram and Facebook posts of other Portland-area vintage stores. She also started posting photos of items on social media, making sure to respond when someone left a comment.

The approach has paid off. While in-store sales still make up the bulk of Forager’s revenue, the boutique enjoyed between $600 and $1,000 in online sales in October. That success is something other small business owners can achieve if they’re willing to put time into learning how to use social media effectively.

“You have to be genuine and talk to people,” Svvengar said. “I’m creating relationships with other businesses and their customers. It’s pretty much how you would talk with people coming into your store, but it’s online. That’s something I know a lot of businesses aren’t great at — how to have that human side of social media — but it’s something that works. Making friends and connections, getting to know my customers, getting new people in — with the reduced foot traffic, those connections are more important than ever. … (Being adept at using social media is) literally how I’m staying afloat.” 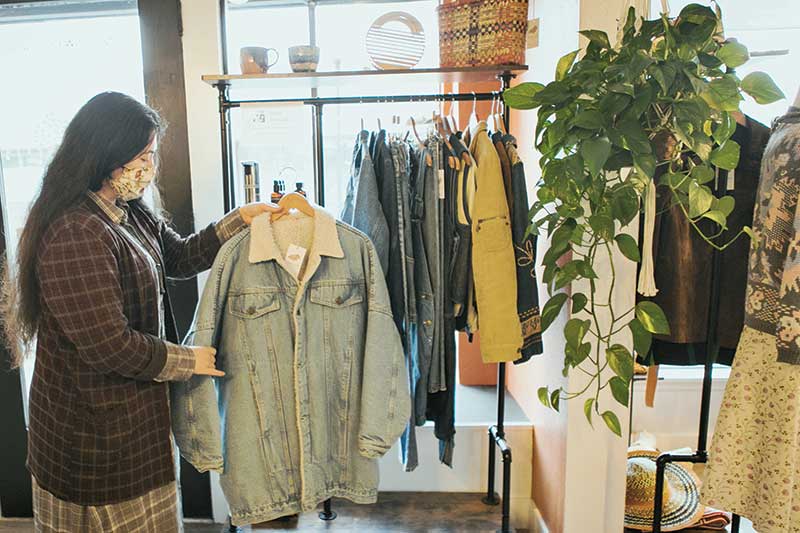 Even with less than a year as a small business owner, Svvengar has a long list of lessons learned. The next time she goes looking for space to lease, she’ll be more likely — and more comfortable with — negotiating the price. She’s also convinced that bookkeeping pretty much “sucks.”

More importantly, she’s learned that sometimes the DIY mindset isn’t always the most cost-effective approach. For example, she looks back at when, in an attempt to save money, she painted the space she leased for Forager. Now, she realizes her time would have been better spent hiring a contractor to free up her time to focus on selling.

“That’s something I think about now. If painting took up a whole day, how much in sales could I have gotten during that time? If it’s your personal time, you’re not sacrificing anything. But if it’s time you could have been selling, you’re (actually) losing money.”

Despite all of the time and effort Svvengar put into writing a business plan for Forager, the pandemic has thrown parts of it off track. The financial portion, for example, has been scrapped for now. At some point, Svvengar will take time to set new financial goals, but she says there’s too much uncertainty due to market conditions right now. Instead, she’s focusing on reaching goals on parts of the plan that have more certainty.

“A lot of this year has thrown me off track for sure, but I do look back on my marketing strategy and what I should do to change that. Of course, I can’t do everything I want to because of the pandemic, but I’m looking at what I can do. I’m surprised more people don’t work on a business plan. It’s really helpful to get everything in perspective and consider how realistic your plans are.”

She remains convinced that her decision to open a boutique in Beaverton was the right choice. While the pandemic has affected commerce for now, Svvengar feels confident the city will continue to grow and develop its retail scene. She looks forward to seeing more shops and stores open in Beaverton to add more depth to the city’s small business scene.

She also looks forward to expanding what Forager is able to offers customers. She envisions a time when she’ll be able to hold in-person classes, workshops and other events to teach people sewing basics and other skills to repair and reuse vintage clothing.

“I’m really excited to be in Beaverton and contribute to the community a little bit by giving people a place to browse and something to do in between going to restaurants.” 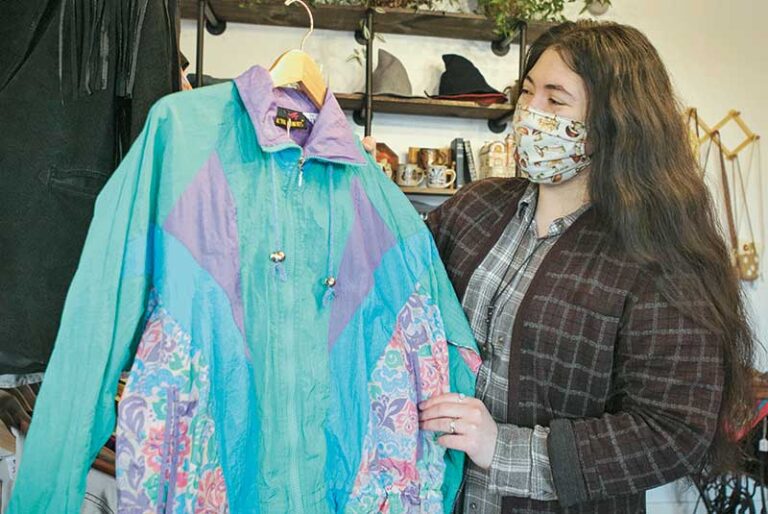