La Arepa celebrated the May 9 grand opening of its new brick-and-mortar location at The Zed in Portland’s Lents neighborhood with a ribbon-cutting ceremony. The family-owned business, which started as a single food cart features authentic Venezuelan street food. PMG PHOTO: STEPHANIE BASALYGA

Most small businesses celebrate their anniversaries with balloons and a party. Portland-based La Arepa went one better by unveiling a new brick-and-mortar location to celebrate 12 years of providing Portlanders with authentic Venezuelan cuisine.

The family-owned business already has a dedicated following thanks to a presence in the city’s active food-cart scene. The new location, in The Zed at 5716 S.E. 92nd Ave., now introduces La Arepa’s empanadas, arepas, pepitos and other menu items to a slew of new customers.

Antonio Gutierrez and Elsy Rodriquez opened La Arepa in 2010 after immigrating from Venezuela to the Portland area. Because they didn’t speak English, the couple couldn’t pursue their former careers in their new home (Elsy had been a journalist and Antonio worked in the technical electrician field).

Antonio had always enjoyed cooking and the couple realized there were no food carts in the city providing authentic Venezuelan street food at the time. They named their food cart after one of the main items on their menu — the corn-meal patties filled with meat or vegetables and then grilled or fried that are often used like bread in Venezuelan homes. The initial cart found success and grew to two food carts when their daughter, Veronica Gutierrez, and her husband, Yean Carlos Quezada, moved to Portland about six years ago.

During the pandemic, La Arepa continued to serve customers via its Northeast Halsey Street food cart, but it also began building a plan for resiliency by preparing food at a “ghost” kitchen and then providing orders to customers via pick-up and delivery. With an eye toward expanding to attract new group of customers, La Arepa expanded its menu by adding vegan options and added catering. It also embraced technology, adopting a kiosk system that allowed customers to use a touch-screen to enter and pay for their orders. 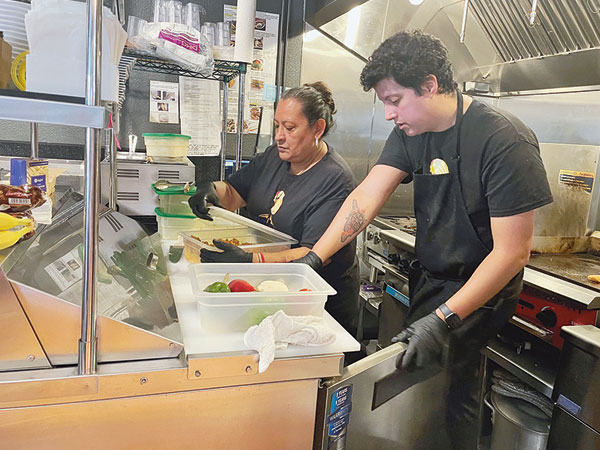 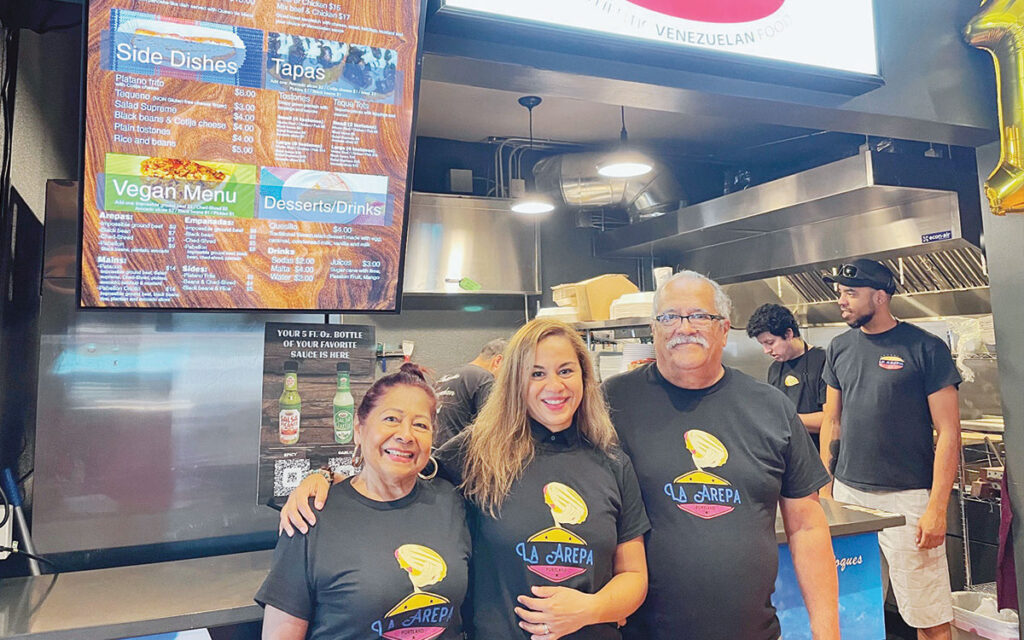 With those steps for resiliency in place, La Arepa was ready to position for future growth. When Veronica Gutierrez heard about an opening for a new food-based tenant at The Zed, the family decided to make the leap.

The Zed is a popular food hall-meets-event-space-meets-brewery with a farmers market added to the mix at 5716 S.E. 92nd Ave. in the Lents area. In addition to serving as the home base of Zoiglhaus Brewery, The Zed provides small restaurants like Sherpa Kitchen, Danwei Canting, Pah! and now La Arepa with the chance to have a brick-and-mortar presence — without the usual high overhead. It also provides a level of ease for newly arrived tenants to start building a local customer base.

La Arepa’s touch-pad ordering system has turned out to be a perfect fit for the new location, Veronica Gutierrez says. Customers place their orders using a touch-screen system that walks them through the menu and provides a place for them to enter their phone number. When the order is ready, they receive a text. There are also QR codes around the building that customers can use to access La Arepa’s menu and order directly from their tables.

Veronica currently oversees the main operations for both La Arepa locations. Her mother and father are still active in the business and Veronica and her father can often be found cooking together. The business also has four other employees.