By trade, Lyn Cikara was a leadership development coach and occupational therapist. But for her clients, colleagues and friends in the local business community she was far more: a trusted mentor, a valued adviser, and a source of constant and steady inspiration.

In a post on the website for Cikara’s leadership development business, her family further described her as “a woman of determination and drive.” It was an approach that applied to all aspects of her life, from building a business to dealing with the cancer that eventually claimed her life on Jan. 5 of this year.

Her death has left a hole that many who knew and worked with her – including the community at the Beaverton incubator program run by BESThq – say will be impossible to fill.

Cindy Bahl, with Dirkse Counseling and Consulting, was one of those who became acquainted with Cikara through their common involvement in BESThq.

“She will not be forgotten, but (will be) remembered as a person who made a difference in the world,” Bahl told Opportunity magazine.

We would have the most wonderful conversations and would end up laughing,” Downey said. “I truly miss her.”

Cikara was born Lynette Mijen on August 29, 1950. She great up in Edenvale, a suburb of Johannesburg, South Africa. When it came time to pursue a college degree, she enrolled in the University of Witwatersrand, earning a bachelor of science degree in occupational therapy in 1973.

Cikara and her family moved to the U.S. in 1994. She embraced her new home in Elkhart, Indiana, with the same passion she approached her career, learning to make snow angels. She also learned to bundle layers of clothing, a skill that would come in handy when she moved to Oregon in 2008.

Cikara had become a professional executive coach and started her own business, Manager’s Success, in 1999. When she relocated to the Portland area, she continued to work as an occupational therapist even as she opened and grew her new coaching business, Lyn Cikara Leadership Development. She retired from the occupational therapy industry in 2017 in order to devote her full attention and time to growing her coaching business.

Cikara brought to her coaching a unique approach that helped her clients make progress they previously had been unable to achieve. Cikara explained her success on her website.

“I started my career as an occupational therapist in psychiatry,” she wrote. “In that role I dealt with a lot of leaders who had broken down as a result of stress related issues. That brings me a strong background in understanding the demands that are made on leaders.”

“Among her many attributes, she had a wonderful ability to communicate about being authentic and professional and the advantages of that,” said Diane Henkels, an attorney with Henkels Law who met Cikara through BESThq.

Another layer of Cikara’s life further shaped her ability to offer clients a unique service and approach. Her father was an engineer who owned a die casting factory, which helped Cikara understand the professional challenges faced by leaders in the construction, manufacturing and automotive industries, areas where she focused her coaching efforts. That background also helped her realize when to pass a potential client on to a coach who might be a better fit.

Ron Downey, president of NWR Construction Inc., first met Cikara abou three years ago at an event hosted by Oregon Association of Minority Entrepreneurs. In the course of a conversation after the event, Downey revealed to Cikara that he was struggling

“At the time, I had close to 10 employees and was pulling my hair out as to what direction my company was headed,” Downey recalled.

Cikara listened to the contractor’s challenges before telling him she probably wasn’t the best person to help him. Instead of walking away, however, Cikara connected another colleague, a consultant named Gary Furr, with Downey.

Furr turned out to be the right professional to help Downey find solutions to his business challenges. Meanwhile, Downey and Cikara stayed in contact.

We would have the most wonderful conversations and would end up laughing,” Downey said. “I truly miss her.” 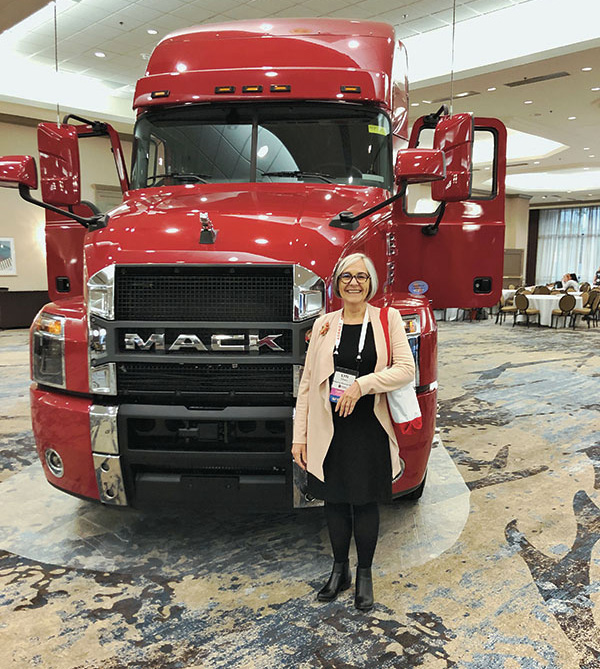 Growing up with a father who owned a die casting factory gave Lyn Cikara a passion for focusing her leadership coaching on clients in the manufacturing, construction and automotive industries.

“Among her many attributes, she had a wonderful ability to communicate about being authentic and professional and the advantages of that.” ~ Diane Henkels

Approaching life with an optimistic attitude extended to both Cikara’s personal and professional lives. Her colleagues say she had a knack for turning situations that would lead most into despair into something positive that would help others. Dealing with cancer proved to be one of those situations.

When she was first diagnosed with breast cancer in 1990, for example, she responded by turning her experiences into a book, Stronger Than Cancer. She also drew strength and inspiration from the experience.

Her logo for her business, a brightly colored bird with flowing tail feathers, was influenced by a story she read shortly after she received her cancer diagnosis.

“The story stayed with me throughout my career of helping leaders overcome obstacles and watch them become exceptional leaders. I have celebrated many women and men fly out with bright feathers as they journeyed through their leadership careers and reached their highest goals. The bird in my logo is a symbol of those successes. My mission is to help professionals reach higher.”

But as much as Cikara saw solutions to solve problems as unlimited, she also was a realist. When dealing with her cancer, she eventually reached a point where she decided to step away from aggressive treatment and focus on her quality of life during her last days.

As she prepared to fly out of life with bright feathers, she lived her final days the way she had lived her whole life, according to her family: laughing, determined and “living life loudly.”