“After he was done, I went up and introduced myself,” said Campbell, now director of the Clackamas Community College Small Business Development Center. “And I said, ‘You know, I’ve got some issues with your numbers. I mean, this is too good to be true.’ And he says, ‘No, I get that a lot.’”

After learning Campbell was a Vietnam veteran, Jones offered to cover the $700 tuition, through a $100,000 grant from the Small Business Administration, for Campbell to take his veterans small business management class.

Campbell, who spent many years working in corporate management and had been responsible for his own small businesses, was reluctant.

Eventually, he decided to attend an orientation to see what it was all about. When Campbell showed up, he found 100 other veterans gathered in the lobby and immediately realized he might be missing out on an opportunity.

“Long and short of it, 63 of us took that class,” he said, “and I found out that Thomas Jones is the real deal.”

A focus on veterans

As director of the Clackamas SBDC, Campbell has made veteran business owners one of his areas of focus.

Since 2010, Campbell said, veterans have made up about 48 percent of the people taking classes through the Clackamas SBDC, and the center is the leader in the state for veterans out of 19 SBDCs in Oregon.

“I’m here because of my veteran’s status, my veteran’s experience,” Campbell said, “and I made a commitment that I would continue to offer deep discounts for veterans that either want to start a business, or if they had an existing business, to take classes on how to improve your business, how to scale it, how to grow, how to thrive.”

“Taking content, very specific content on what you need to know to run your own business, to start a business, and then applying it to you specifically — we’re the only people that do that,” Campbell said.

Many small business owners, Campbell said, start their business because they have technical knowledge in some field, but what they often lack is knowledge of marketing, money or how to position themselves to compete with other businesses in their field.

“You have craft, but what you don’t have is the knowledge, and particularly the application of that knowledge, on what it takes to be successful in business,” Campbell said. “Not to do the work, but to run the business.” 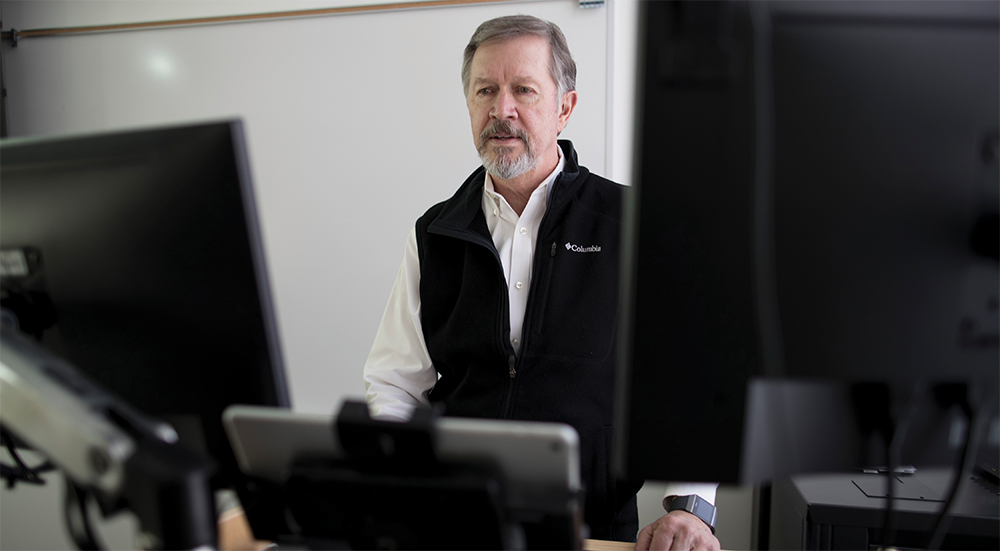 Rob Campbell, director of the Clackamas Community College Small Business Development Center, says military veterans have made up about 48 percent of the people taking classes through the center.

That was the case for Marshall Doyle, owner of Cal-Cert.

By the time Campbell met Doyle during the veterans small business management class in 2010, Doyle had already taken the class many times. When he first came to the Clackamas SBDC in 2002, Doyle had owned Cal-Cert for just three years and was on the brink of bankruptcy.

Doyle has since grown the company from one employee to a staff of around 53 and an annual revenue of over $6 million, with a growth of $1 million projected this year alone. In March, he was named the 2019 Oregon State Small Business Person of the Year by the U.S. Small Business Administration.

Growing up in a modern blended family with nine kids, Doyle said, college was really in their language as a family. Instead, he followed in the footsteps of his Army father, joining the Air Force straight out of high school.

“I think with any military branch at all, you learn discipline, you learn processes and procedures, which are really important in business,” Doyle said. “And, of course, for me I learned a skill. I became a hydraulic and fuel systems mechanic.”

After the Air Force, he worked for several years at a property management company before taking a job at Cal-Cert, a calibration service provider. Eight months later, the previous owner retired, and Doyle took out a second mortgage and bought the company from him.

Not long after Doyle took over, a competitor took the company into a price war. Not knowing what else to do, Doyle followed him down. As they strove to keep up, Cal-Cert’s prices and profits plummeted.

Although they initially charged around $450 for calibrating a concrete testing machine, by 2002, the company was making only $295 for the same service, and sometimes throwing in scale calibrations for free.

Doyle and his wife, Patty, struggled with the debts that were piling up. Their American Express had been shut off; their personal Visa card was maxed out. At one point, he said, the company’s accounts payable were four times greater than their accounts receivable.

Doyle had seen a flyer for the SBDC floating around the office, but he was sure there was nothing they would be able to do to help him.

Doyle and Patty sat down for a one-on-one counseling session at the SBDC. The counselor analyzed their books and gave them the bad news: The bank wasn’t going to help them at all.

The good news, the counselor said, was that based on what Doyle had told her, they had plenty of work. They just weren’t charging enough for it.

“My answer was work harder, work longer,” Doyle said. “And what it really worked out to be was understanding the value of what we were offering and pleading with the customers to stay with us.”

Doyle drafted a letter to his customers. “It took a lot of emotional power to do that,” he said.

Doyle figured if they raised prices by 30%, they would lose about half their customers. By the end of the first year, they had lost only eight customers out of about 350. 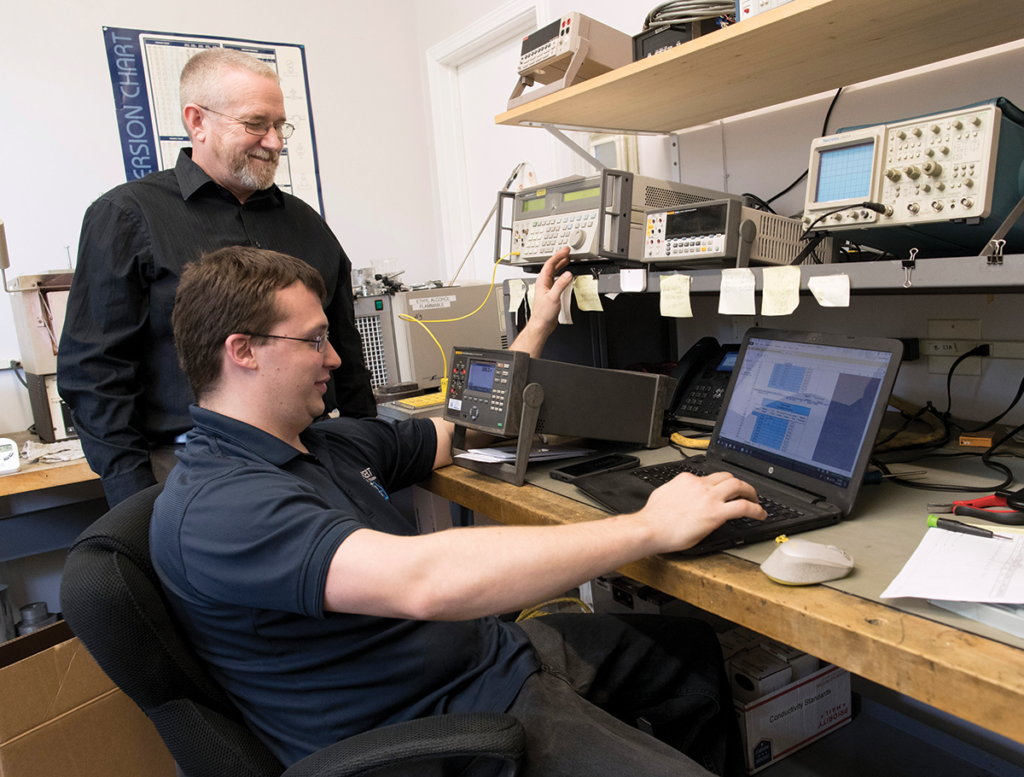 In 2005, while still trying to pay down debt, Doyle took an opportunity to purchase another company. “That started to right the ship,” he said. “That was where we started to really see a change.”

Although they’ve had organic growth, acquisition has been a big part of the company’s success, which has now serviced 42 states and 13 countries. The five-year plan, Doyle said, is an annual revenue of $10 million. As the company’s growth has accelerated over time, Doyle has used the programs offered by the Clackamas SBDC to learn how to manage the growth.

Doyle still takes classes at the SBDC every year. “I think part of why I keep going back is because I have things that other people can learn from me too,” he said. “And, we learn from each other. I learned from somebody who started a business like three months ago.