ESTHETICIAN WITH ACCOUNTING DEGREE HAS RIGHT BLEND OF SKILLS

Jessica Brown never set out to become a small business owner. But six months after opening Lilac Sugaring, it’s a journey she says she’s glad she decided to take.

Brown’s original disinterest in being an entrepreneur wasn’t due to a lack of experience. While she has never previously run her own business, she has handled managerial-type duties for several previous employers, from small studios to larger ones with several locations. She holds a degree in accounting, has been an esthetician for six years and is licensed in her home state of Alaska as well as Colorado and Oregon.

As a result, she has seen first-hand that, while being the owner brings a sense of accomplishment, it also comes with more than its share of headaches.

“I was perfectly happy being an employee. I loved the concept of going home and leaving work behind,” Brown told Opportunity Magazine. “I’ve seen the headaches of running your own business and I wasn’t interested in becoming an owner.”

Life, however, had other plans. 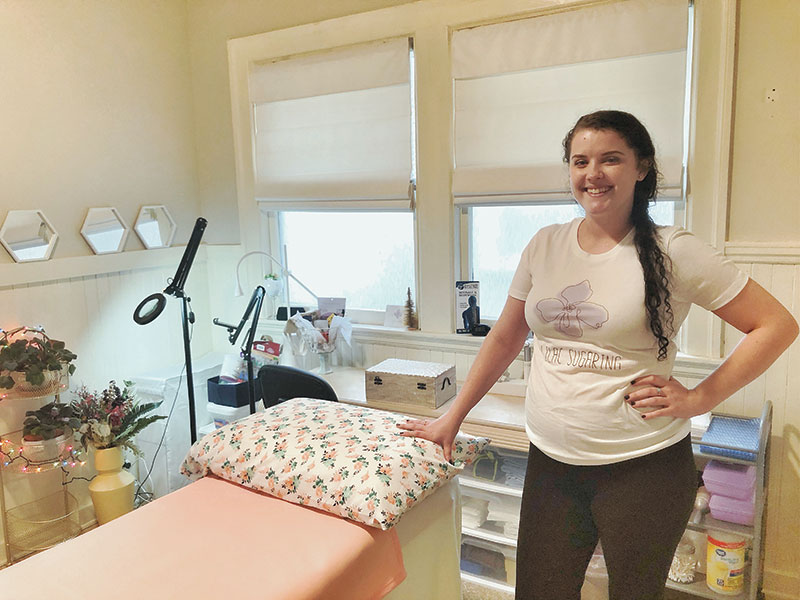 Brown’s original career plans were to become an accountant, but after entering the profession, she began to rethink that. She knew she liked working with people and decided to train to become an esthetician. With a focus on services such as body waxing, lash lifts and tinting, she earned her license and began to work with clients. Her accounting skills came in handy as she began to take on tasks such as ordering inventory and managing day-to-day operations.

When she and her long-time partner, Michael, decided to move from Alaska to Colorado, Brown continued her work as an esthetician, taking courses to add new skills, including sugaring. Also called Persian waxing, sugaring has been used since 1900 BC and relies on a paste made of sugar, lemon (or other form of citric acid) and water that is heated until it’s the consistency of honey. The warm paste is then applied to in a layer to the skin. When the sugaring layer is pulled away, it removes the body hair with it.

Brown and her partner eventually moved to Oregon, where Brown obtained her Oregon license and found a job at a well-established sugaring studio in Portland. In addition to providing services to clients a commission-basis, she assisted in managing the studio, from ordering supplies to helping the owner establish solid business practices such as creating a petty cash account. While the business was forced to close for a couple of months in 2020 due to the pandemic, as many in the health and beauty industry were during the stay-at-home orders, Brown was able to return to work by mid-summer. She felt like she had found the perfect place to use her skills.

This past summer, however, Brown abruptly lost her job. While it was a jolt at first, Brown soon began to think it might be an opportunity. An unexpected thought popped up in her head: What if she opened her own sugaring studio?

She ran it by family and friends, including her partner. They all encouraged her to run with the idea. But Brown wasn’t as convinced. She had been happy being an employee. But at the same time, after losing her job unexpected, she wanted to have more control over her financial stability.

When her mom, Michelle, volunteered to become an investor in the studio, Brown decided to move forward with her plan, buoyed by her mother’s confidence in her. However, there was just one thing still missing: a name for her business.

She ran a series of possibilities, but nothing stood out until she took her sister, Lindsey, and gave her an invitation to get a pedicure. As she was selected a nail polish in her favorite color — lilac — inspiration struck. By the end of the day she had a fresh pedicure and a name for her new business: Lilac Sugaring. She knew there was no turning back after she conducted a due diligence search and found no other business in Oregon listed with the same or a similar name. 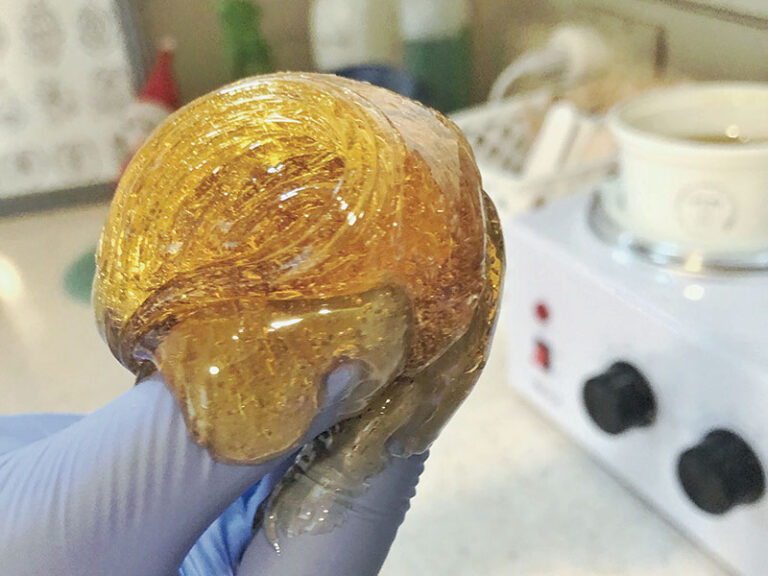 Sugaring is a way of removing body hair that uses a combination of sugar, lemons or another source of citric acid and water. When ready for application, the sugaring material resembles honey in color and consistency. When ready to be applied for hair removal, sugaring paste has consistency ranging from warm maple syrup to thick honey. PMG PHOTO: STEPHANIE BASALYGA

Right now, Brown’s operation is a one-person studio and the space she rents in a two-story former house on Southwest Hoyt — less than one block away from Portland’s bustling Northwest 23rd Avenue business district — is the perfect fit. Her current services include sugaring, waxing, threading, tints and lash lifts, which Brown describes as a perm for eyelashes to give them curl.

Her established social media platforms have helped her build a steady clientele in just a few months that allows her to bring in a healthy income while leaving her time to pursue her interests and hobbies.

Meanwhile, her degree and experience in accounting have helped her avoid some of the challenges that face many first-time small business owners. Even before she saw her first client, she decided to use QuickBooks because it would allow her to align all of the financial aspects of her business. She opened checking and savings accounts for her business and has been careful to keep all revenue.

One of the areas she doesn’t have experience in was taxes. However, she’s taken a careful approach there. As tax season nears, she’s planning on hiring a tax specialist to help her with her first-year filing.

As she moves in to the new year, Brown already is brainstorming ways to grow the services she offers. She’s working on a plan for spray tans. She also added a merchandise line that includes T-shirts featuring the Lilac Sugaring logo created by her sister.

And while she’s perfectly happy with her status a sole proprietor operation, she’s not completely discounting the idea that, one day in the future, she may add an employee or two, or move her studio to a larger location.

“I like a challenge,” Brown says. “I don’t necessary go looking for one. But when it does comes along, I don’t back down. I like stretching my wings and saying, ‘Bring it on and watch what I can do.’”